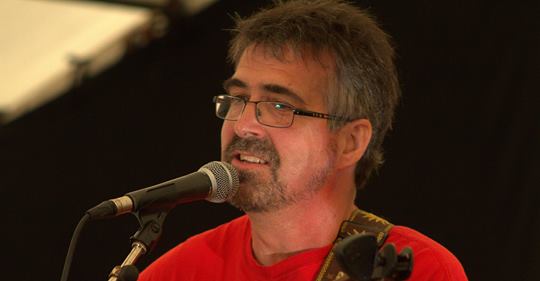 A Northumberland based singer/songwriter guitarist who features at many festivals in the North of England and beyond.

Until the summer the summer of 2012 I played regularly with Newcastle’s Tenth Avenue Band at festivals in England, Ireland and Germany.

I have two albums of songs, ‘Dancing with Shadows’ – produced by Rick Kemp (Steeleye Span’s Bass man) in 2001 and ‘Rough Around the Edges’ – 2008. They can probably be described as being in the contemporary folk genre. I currently have the material to record a new album – but am simply searching for the time.

Since returning to solo playing I have had the pleasure of being involved in many festivals including Maddy Prior’s Stepping Stones festival, BBC’s Hadrian’s Wall of Sound, Music on the Marr, Woolfest in the Lake District, Prudhoe Arts Festival, Mestival, Nevfest, The Moorland May Festival, The Mighty Dubfest, Redefest, The Alnwick International Music Festival, the Corbridge Festival, The Lindisfarne festival, Baafest, The Allen Valleys Festival, Northern Roots and the Broadstairs folk week. At these festivals I have performed solo, compered and delivered some very successful ukulele workshops which also led to performances.

At many of these festivals I do a mix of performing, workshops, workshop performances, and compering … and in some case my film company (Flashlight Films) produces festival videos for event!