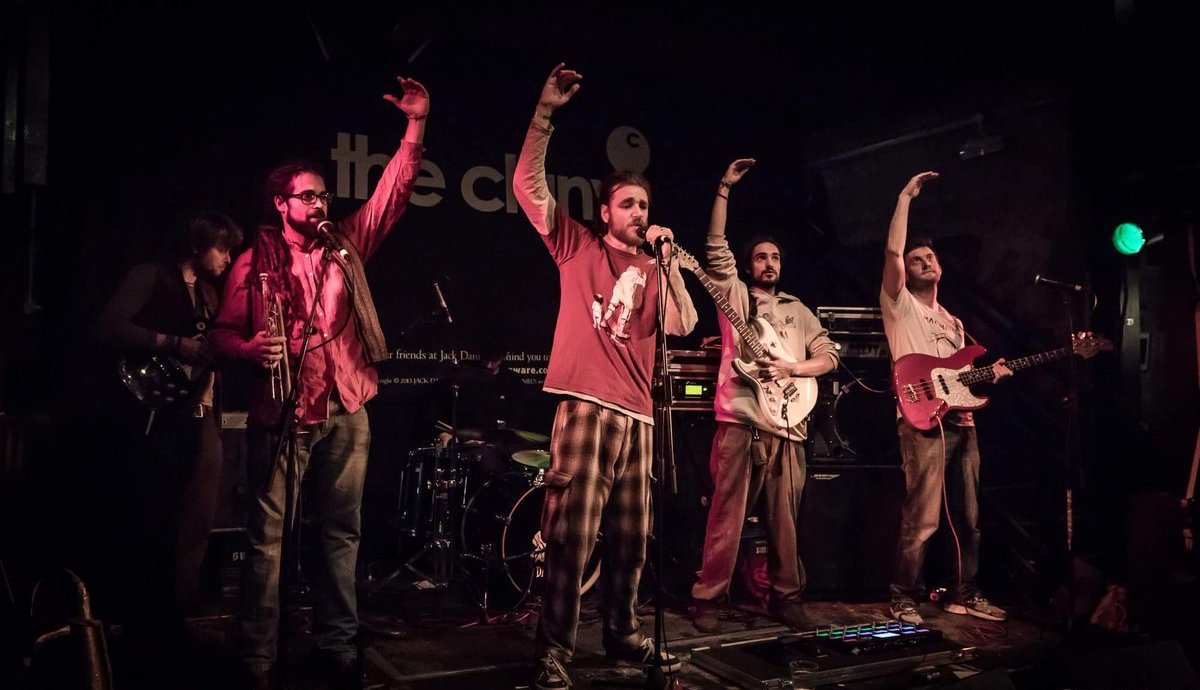 In an unknown time, on an unknown planet, a hairy egg was pulsating. That mysterious egg was brought to earth by bemused astronauts and incubated in a top secret warehouse.

When the egg hatched, a new kind of music spilled out and six musicians emerged. The whippet beans had arrived on earth, armed with hundreds of songs, mixing a ton of genres and singing about things the earthlings had never heard before.

Within a few years the whippet beans were travelling the globe spreading joy, instigating new ways of dancing, and delivering their message of fun and rebellion.

Daft as a unistraddling hankflanger periscoping a bluepenny hatchet on mucky wednesday for a hundred and four skelfs. Hundreds of ridiculous songs to stick in your ears, hop on bored, join our world 🙂 music? comedy? philosophy? a cult? clowns? geniuses? aliens? …hippies. Tons of songs to get through, all stupid, some beautiful/some funky. We are not the beatles, we are the whippet beans. Our songs are about the lyrics not the singing. We never sing about spinning around/going up and down or driving babies crazy. Hence we are not in the charts! If you want to hear good singing, go and see Michael Buble. Enjoy.